Everyone wants to be fitter. The trouble is making yourself exercise.

Some systems use ‘gamification’ to turn exercise into points, and set targets and ‘win’ conditions. Zombies, Run! takes a different approach. We combine gameplay and storytelling to make an audio adventure with one way to escape from the zombies: run.

The game is out on iPhone, Android and Windows Phone. It’s one of the highest grossing and most successful smartphone fitness apps ever. We spent nothing on marketing or advertising, the IP is brand new, and we raised our funding Kickstarter.

In this talk, we’ll explain why we think it works so well, thanks to: the motivational power of immersive storytelling where you can’t wait to hear the next instalment; our focus on hands-free gameplay; ensuring playability by all ability levels; the high quality story by an award-winning novelist; and excellent sound design and engineering.

We think this might be the future of fitness gaming. 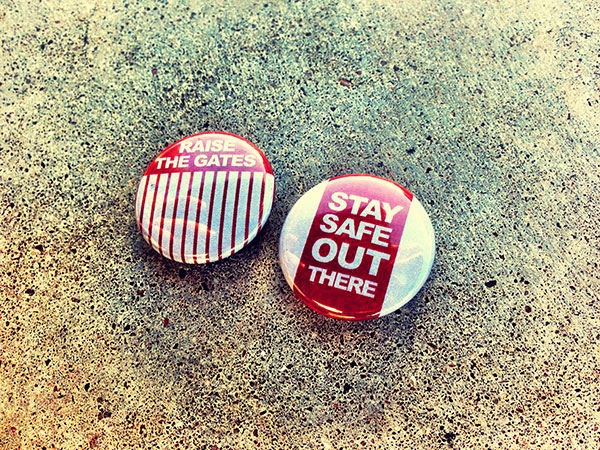 We’re not health experts, so why does it work?

A design feature of the game is that it doesn’t tell you where to run or how often.

Instead of a fitness game constantly telling you how bad you were doing, Zombies, Run! gives positive reinforcement.

How do we keep Runner 5 running all the time?

The fact that Runner 5 is continually running, the story is really limited. There are a lot of scavenging, being chased, chasing.

Why do we have such a high proportion of women players?

Proud of the fact that the game is gender neutral. Gender is not imposed. The cast is 50/50 (male / female). Attributes are not imposed.

They often get emails asking, “Why is Runner 5 a female?” There is nothing in the game that specifies Runner 5 is male or female. It’s hard to write a story without using “He’s at the gate.” or “She’s at the gate.” It’s just you. They try very hard to not treat the women characters as sex objects.

Why iOS 6? 98% of users have upgraded and have compatible devices.

Why Android 4.0+? Tougher decision. Harder to develop for. Have to focus.

How and why did we provide VoiceOver support? Accessibility to blind / visually impaired. It allows them to build and manage Able Township.

It has been great to prove that people will pay for content that is well done. It’s good practice to get people to pay for something. It’s the right thing to do. The game is a piece of media. It’s like a book or a movie. We’ve made an experience and we value the content that we produce.

Spent more than the amount collected on Kickstarter to develop the game because of the demand that was generated by Kickstarter.

Is there a feature or plan where people can run together?

Often requested feature. Hard to do from a game design perspective. Interesting that people request that more than they request the ability to run against each other.

@chanan’s sketchnotes from the talk.