Official websites are now a major player in the sporting landscape. Sports teams now see themselves as media organizations – offering news that competes with more traditional outlets such as print and television. (And they both have enough problems as it is.) I am the Managing Editor for one of the world’s most famous soccer clubs. Arsenal Football Club pride themselves on history, tradition and integrity as much as on-field success.

We have also developed highly-successful digital and social media strategies. Our numbers stack up alongside the most successful sporting franchises in the world. We certainly engage with our fans. But, in the modern world, what form should that engagement take?

Is the ‘homer’ now transparent and irrelevant? Or, in a digital world in which Twitter has lifted speculation, snap-judgment and bar-room debate (forever the currency of the sports fan) on to a higher plane, is it more important than ever? That is the question I will explore. 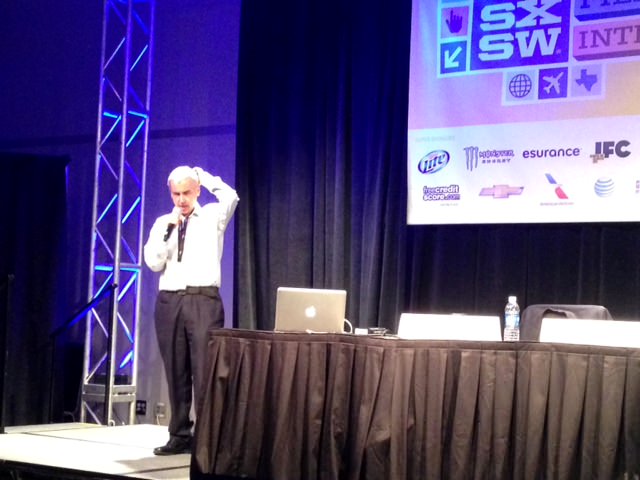 Knew from an early age that he wanted to be in football but wasn’t good enough to play. Asked for a typewriter when he was 10. Wrote up reports after the games that he attended. Since 2002, has been writing the official reports for Arsenal football.

How do you balance being to vanilla and working against the interests of the team that you cover?

With football fans, it’s not engagement - it’s love. It’s marriage. Engagements can be broken off. You’re more likely to change your wife than the football team that you love.

Fans wanted balance in their content. They didn’t want the “homer” but they also didn’t want anti-club content.

If you are a hardliner or vanilla, then you are equally distant from what the reader wants, balance. Taking a balanced position helps get the credit in the bank.

See themselves as a news site first.

As an official site, being first, is very difficult. Social media and the local press are better at breaking news.

First and foremost - that’s where you want to be. But concentrate on foremost, that plays to your strength.

How can you be foremost?

The Extra Element - The Funnel