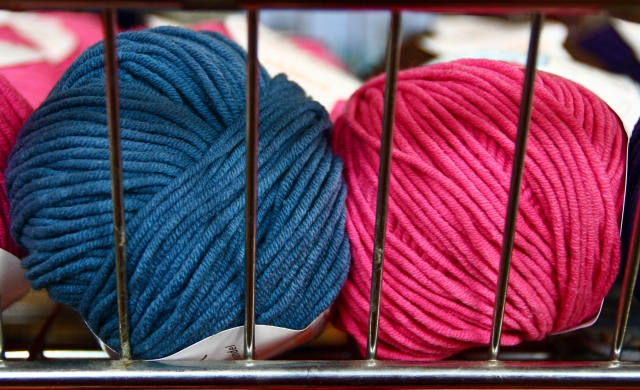 I’m sure many that are new to the internet, new as of 2010 or so, probably only vaguely know of Flickr. You may have heard of it but don’t really know what it is. In a past entry (A New Year’s Resolution For Small Businesses, Non-Profits, Churches: Stop stealing photos), I extolled the virtues of it as a repository of free to use images. While most people are familiar with Instagram (started in 2010) for sharing photos, fewer are familiar with Flickr. “Flickr (pronounced “flicker”) is an image hosting and video hosting website, and web services suite that was created by Ludicorp in 2004 and acquired by Yahoo in 2005. In addition to being a popular website for users to share and embed personal photographs, and effectively an online community, the service is widely used by photo researchers and by bloggers to host images that they embed in blogs and social media.” (source, Wikipedia).

Yes, back in the good ol’ days, web properties often left vowels out of their names (i.e. Twttr, the original project code name for Twitter).

I have been a Flickr user since 2008 with two business accounts and a personal account. I primarily use the service in the following ways:

In the past, I automatically backed up my phone photos to my Dropbox account but privacy concerns and dwindling space (which I really wanted to dedicate to client use) caused me to search out alternatives. The alternative that I settled on was the Flickr app which can automatically upload photos on your phone to your Flickr account. The uploaded photos are set to private until you change the privacy level. This seemed like a good solution so I have been using this as my primary photo backup.

In 2012 I purchased an ioSafe NAS device. This is essentially a waterproof and fireproof hard drive that is attached to your network (NAS = network attached storage). Initially, I used this strictly for Time Machine backups within the office but this device came with Synology Disk Station Manager (DSM) which includes a software package for hosting / storing your own photos. I started to explore this a bit and found that this software allows you to upload to the hard drive via either desktop, or more importantly for me, mobile device. There is also a mobile app which allows you to access photos whenever you have a network connection (cellular / wifi). This allowed me to kill two birds with one stone. I could backup (and access) my own photos and didn’t have to rely on a third-party service to protect them. It’s really a great solution, especially if you are not interested in sharing photos with the world at large but still want a way to keep them safe in case of fire, flood, etc.

Of course, the best privacy controls are of no use if you don’t use them. I would call this user error. Although, at this point, the controls are becoming so convoluted that you can hardly blame people for not using them properly.

My policy is that I don’t share, or more accurately, I limit the information that I share about my family online. I rarely post pictures of my wife or kids that can be viewed by the general public. Mostly, this is because I don’t want to be “that parent” on Facebook or Twitter and secondly, I don’t think it’s all that interesting. Except to me of course. But, and this is the critical factor, in my haste to make other, unrelated images public, I inadvertently, made some pictures of my family public. They were harmless, family photos. A trip to Luray Caverns from the fall.

On a side note, if you are anywhere near Luray Caverns, you should take a day trip to check them out. Pretty amazing.

Well, this morning, I received a notification from Flickr, that one of my photos had been favorited (image below). 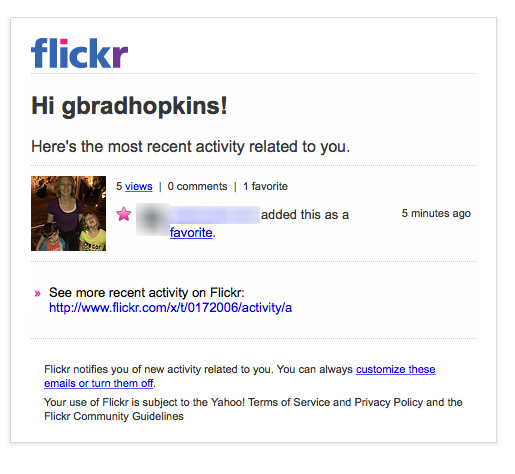 That’s usually a good thing. Only, this morning it was a picture of my wife and kids in Luray Caverns. The problem was that I didn’t know the person that had favorited the photo. They weren’t an acquaintance. Or friend. Or person I go to church with. Just some random person. This really caused me to stop and think about what I had online and whether or not I really needed it online. I’ll be honest, it creeped me out. The conclusion that I came to led to three specific actions:

Frankly, this - killing my personal Flickr account and limiting my personal social media activities, is not as big a deal for me as it would be for others. Later this week, I plan on talking more about my plans for Facebook and how I came to the decision to shut that down as well.

As a final takeaway, I would recommend this website from Mozilla.org, Get Smart on Privacy. Most of us say we want more privacy, here’s some advice on how you can maintain it.