SXSW2012: A penny press for the digital age 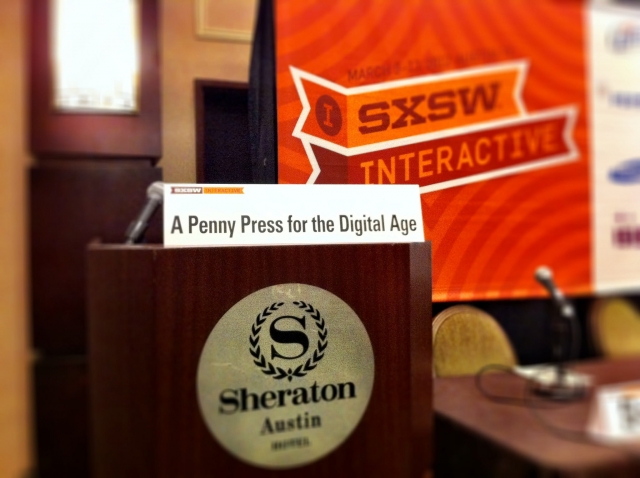 In the 19th century, the “penny press” revolutionized journalism by covering news that appealed to the broadest possible public. Today, as media organizations struggle to monetize online coverage and chase tech trends, they have all but abandoned less-than-affluent readers — and with them, the commitment to public service journalism. According to Pew, fewer than half of Americans who make under $75K a year go online for news. This panel will reconsider the digital divide in terms of information as well as technology. We’ll explore how low-income and working-class people – the majority of Americans – can be included in the future of online news. We’ll discuss new models for participatory, data-driven local journalism. We’re not trying to save newspapers or kill them off. Our aim is to help bring journalism back to those who punch a clock. This Future of Journalism Track is sponsored by The Knight Foundation.

Why a penny press? Why go back to the horse and buggy era.

How do we reach these people?