Lucky in Love, Unlucky in Leases 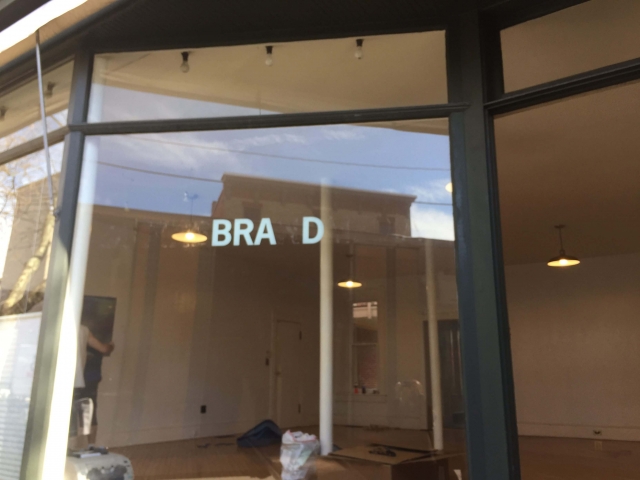 In July, my wife and I will celebrate 20 years of marriage. I’m lucky to have found someone that can stand me for three straight days, let alone 20 years.

Two weeks ago, I found out that the building that contains my office would be sold and that I would need to move. Last week I met the new owner and they informed me that they would not be renewing my lease (which renews May 1) and that they would like me to move out as soon as possible.  As an incentive, they would refund the pro-rated amount of rent that I had already paid. Either way, I needed to be out by April 30.

With the refund in mind, I decided to move out immediately and am now without an office.

When I found out about the building being sold two weeks ago, I immediately began searching for a new place. I am leaning toward a location but have not determined a move-in date.

The circumstances around my move into 218 West King Street were similar to my move out. My last office was located at the Caperton Station and the move out happened suddenly over the course of about three weeks.

As a tenant at Caperton Station I was leasing from the City of Martinsburg. In March of 2015, as the second year of my lease was approaching its conclusion, I was informed by the city that they were involved in a court case to determine whether or not the Caperton Station was subject to property tax. If the ruling found that the location was subject to property tax - and it looked like it would probably turn out that way - then our rent would increase significantly. They offered to let me out of my lease a few months early and I began looking for a new space immediately. Within a matter of weeks, I was out of that office and had moved into 218 West King St.

Ultimately, the city lost the case. Interestingly, a Google alert notified me that I had been mentioned in an article with details of the case, excerpted below.

“A Berkeley County circuit court judge has denied the city of Martinsburg’s appeal of a state tax department ruling that three city-owned buildings are subject to property tax because they were not exclusively used for public or governmental purposes… As for the train station’s tenants, the court concluded that the property that had been leased to Firebrand Media LLC, a for-profit liability company, the George Washington Heritage Trail and the Eastern West Virginia Community Foundation for the 2015 tax year, and was not used for a public purpose.”

The office at 218 West King Street was a great space for what we do. Most of the time, it felt like overkill having a space of that size. But, then there were the times when we were meeting with clients, filming or hosting a class or meetup and it felt perfect. We’ll see where we end up but, for now, I’m working from home and business moves on.